It is not the purpose of this book to prove that Negroes are socially, morally, or intellectually inferior to whites; nor is its purpose to demonstrate that Negroes are the equal of or are superior to whites in these several characteristics. Rather, it is the intention of the writer to convey with some degree of clarity and order the results of many years of research on one aspect of Negro behavior and to assess objectively the ever growing literature on this subject. — Shuey (1966). The Testing of Negro Intelligence.

I felt unsatisfied with my last attempt so I decided to conduct a more complete review. This is my most recent version of TNI (Testing Negro Intelligence). I was able to cover every major sample prior to 1980 and nearly every major sample up until the 1990s. I included, along with a plethora of other studies, two major reviews and three meta-analyses. To this I added my own analysis of the publicly available NALS and NAAL and a mini-meta-analysis covering the years 2004 to 2012. This review is based on over 700 samples of which over 60 are nationally representative. It’s so large that it doesn’t fit on my screen — and perhaps yours too. As such, I attached my excel file for interested readers. (Excel File here.)

But from this what can we conclude? That discussion will be saved for a later post. Here’s the main figure, a moving average of the gap. 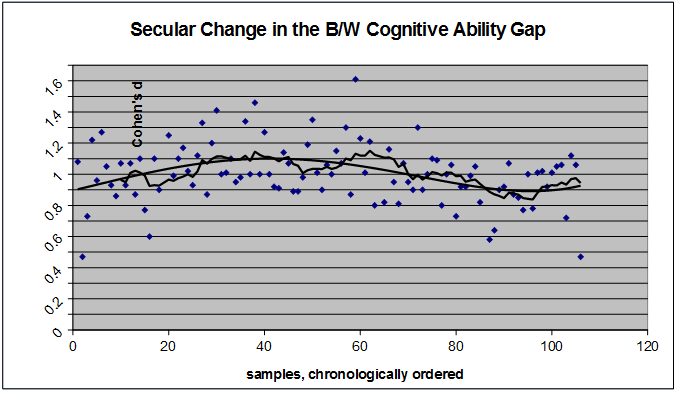 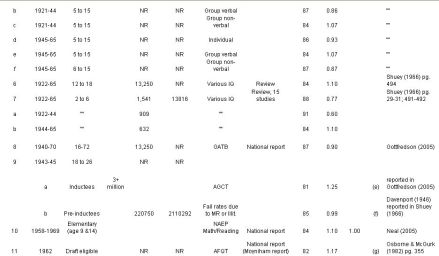 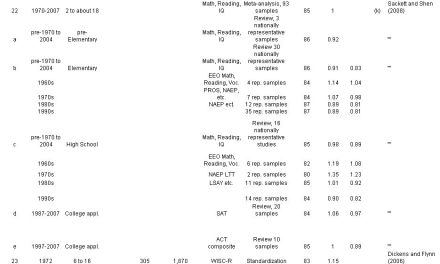 Avolio, B. J., and Waldman, D. A. (1994). Variations in cognitive, perceptual and psychomotor abilities across the working life span: examining the effects of race, sex, experience, education and occupational type. Psychology and Aging, 9, 430-442.

Chuck (2012a). Analysis of the Black White difference in NALS and NAALS. Unpublished

Chuck (2012b). Meta-analysis of the Black-White difference in education and elsewhere between 2004 and 2012. Unpublished